A football stadium, like any other major building, requires lots of doors: Entrance doors, storeroom doors and even refreshment outlet roller shutters – and this is also the story at the Rhein-Neckar-Arena, home of German Bundesliga outfit 1899 Hoffenheim, which officially opened at the beginning of 2009. “The doors range from architecturally high-quality sectional doors with expanded metal mesh on the building facade to fire-proof doors underground in the depths of the stadium,” explains Achim Schröter from door manufacturer Teckentrup (Verl).

The new stadium took less than two years to build in nearby Sinsheim. The club, which finished seventh in its first season in the top flight, attracts home crowds of up to 30,000, and these fans can now sit close to the pitch, right on top of the action. The name ‘Rhein-Neckar-Arena’ reflects the local region – even though everyone here knows that Dietmar Hopp, a local software millionaire, has invested heavily in the project.

The lightweight roof construction hangs above the stadium like a ring without a pillar in sight, protecting the fans from the elements without blocking their view of the game. The 30,000 capacity stadium is fitted with roughly 20,000 modern fold-down seats, ensuring fans can also follow the action standing up if they desire. The West stand (facing away from the sun in the afternoons) houses the business lounges; club rooms with direct access to the stand. The fan bar, in contrast, provides sufficient space for 400 “die-hard fans”. A gallery, leading to the various stands, runs all around the stadium. There are a total of 18 refreshment outlets here where drinks and snacks can be purchased before kick-off, at half time or even after the match.

Down in the inner depths of the building you will not only find the dressing rooms, but also facilities for pre-match preparations and after-match regeneration – relaxation baths, physiotherapy facilities, fitness room and the head coach’s office. This is where the “heart” of the stadium pumps and the major arteries run: catering warehouse, groundsman’s storage area, utility rooms. Ideal conditions to celebrate football success.

There are a whole host of doors at the Rhein-Neckar-Arena. “21 roller shutters and 10 sectional doors with dimensions up to 6000 x 4185 mm; a total of 242 doors were required,” says Teckentrup specialist Schröter.

The two most attractive doors seal off the entrances for the team buses. The sectional doors with expanded metal mesh fit perfectly into the spectacular metal facade of the stadium. The ‘airy’ filling even has a practical goal: It guarantees a supply of fresh air at ground level – thus preserving the quality of the pitch. And the proven technology does not attract unnecessary attention – for example, the low headroom fitting with rear spring shaft, which guarantees a clearance height of 4 metres for the buses. Further technology: A drive with a pulse control – and at the home team’s entrance with a special solution for a cable duct to outside broadcast vans.

The black surface of the door to the groundsman’s storage area ensures it is safe from prying eyes – nonetheless this door is optically attractive, since it can be seen from the parts of the stands. What is not always visible, however, is the first class planning and production of the door (Teckentrup sectional door SL). “Precise planning was required due to the confined space and a number of conduits near the header. Every parameter had to be determined and used throughout the manufacturing process,” explains Ingo Wellenbrock, project manager at planning agency AGN.

Roller shutters with exceptional dimensions and requirements – very wide but not very high – were installed at the refreshment outlets. There is an increased fire hazard here due to the catering facilities (more precisely: due to the cooking grills). “To ensure top safety, we developed a special brush seal in the guide rails,” says Achim Schröter, sales manager for industrial doors at Teckentrup. Common seals provide all-round protection at the top and bottom. To guarantee correct closing of the doors in an emergency, the control is powered by a battery buffer system, which still functions even during a power failure.

Approximately 250 doors were installed at the Rhein-Neckar-Arena. The doors were primed prior to delivery and then finished on-site – external doors were painted matt black, the same colour as the sectional doors. The planners decided that internal doors should have an elegant grey finish. This grey matches the highly frequented main entrances as well as the emergency exits.

Example: The bar provides space for 400 fans. The width of the doors had to be sufficient to accommodate these numbers. “Both leaves of the doors are fitted with an anti-panic function: The doors must open outwardly and close properly at all times. These requirements are fulfilled by the slide-rail door closers with integrated door selector,” explains Ingo Wellenbrock. The application of block frames proved to be particularly installation friendly.

Downstairs in the stadium, in the technical department, reliable door operation was more important than appearance. Fire doors, partly up to T90, were specified for this part of the building.

Doors which lead to the outside from storage areas (again with a matt black finish) were fitted with additional technical features: The doors can be easily actuated via a wall switch, resulting in the electrical revolving door leaf drive opening automatically.

The team colours of 1899 Hoffenheim only appear on the way from the dressing rooms to the pitch: Blue floors along the corridors. But the doors remain true to the relatively modest architectural detailing of the building with a fine grey finish. 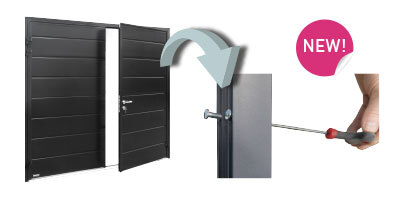 We’ve added wind-out lugs to the side hinged frame for fast and easy frame setting... 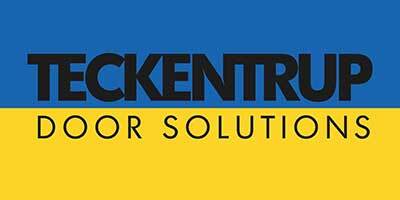 Ukraine is experiencing terrible times. At Teckentrup UK, we are contributing £5,000 to the fund that is being coordinated by Teckentrup GmbH. Read the full release here. 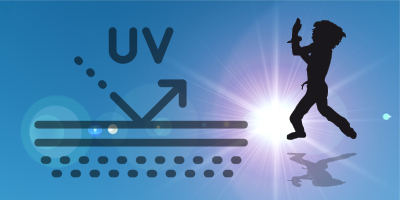 If you’ve had complaints about rapid fading of door colours from other manufacturers, we thought we’d share the UV stability data on our Trend colours.