As a result, Teckentrup was asked to help with a door solution part way through the building of Liverpool Street Station on the Crossrail Queen Elizabeth Line project. 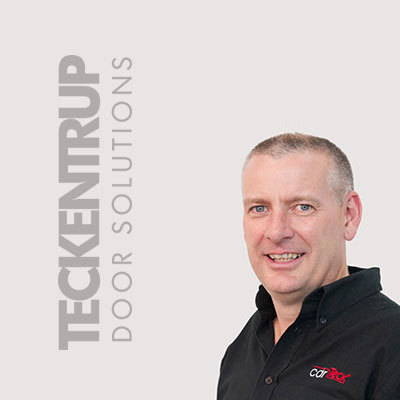 “Teckentrup has been invited to be part of the Northern Line extension with Laing O'Rourke and Ferrovial at Battersea and Nine Elms stations”
– Jim Rodger, Managing Director

Compliance is… “just what Teckentrup do”

The opportunity arose from a revised and more stringent approach to the demonstration of product certification and compliance with specification.

Compliance is… “just what Teckentrup do”, so when the requirement needed a door specification that had security, acoustic, fire and pressure as performance characteristics in one product, Teckentrup was able to demonstrate compliance. It could similarly supply soft impact test data, structural strength data, “U” value data, cycle testing numbers and lifecycle data – all in line with specification... …Teckentrup also demonstrated they were competitive on price.

200 steel doors and doorsets have been supplied and installed to date. Teckentrup additionally worked with the Liverpool Street team to develop a solution to a 5m x 5m door with two Integrated SR3 Panic Doors that were to be clad in material to match the stations cladding. Complexity is inherent in such a specification, but Teckentrup delivered a certified product, establishing Teckentrup’s reputation with the Contractors as problem solvers.

As a result of its solution-based approach and its reputation as “problem solvers” Teckentrup became the sole supplier at the next station, Whitechapel and has, in essence, become “the door department” for the contractors in a true partnership. Anything relating to a doors integration with the building, cladding, fire systems or security systems and Teckentrup is at the table advising and providing solutions as part of the project team.

The relationship is a success because Teckentrup has integrated seamlessly with the Contractors working practices, provided solutions and highlighted potential problem areas to allow modifications to be made, solving problems before going to site and ensuring a successful station is the result.

To start with it’s all about the door and specification, but very quickly it becomes apparent that without an integrated, disciplined a detail driven approach to the building and design project as a whole, success cannot be achieved. Teckentrup understands this.

500 doorsets have been installed and Teckentrup has also been invited to tender for part of the Northern Line extension with Laing O'Rourke and Ferrovial at Battersea and Nine Elms stations – perhaps the best endorsement Teckentrup could ask for.

Teckentrup has developed in-depth product know-how and a wide range of services and consultation services in this field, enabling Teckentrup to provide reliable support to planners and project managers worldwide.

Teckentrup secures role as "door department" for Transport for London

Teckentrup were asked to help with a door solution part way through the building of Liverpool Street Station on the Crossrail Queen Elizabeth Line project.